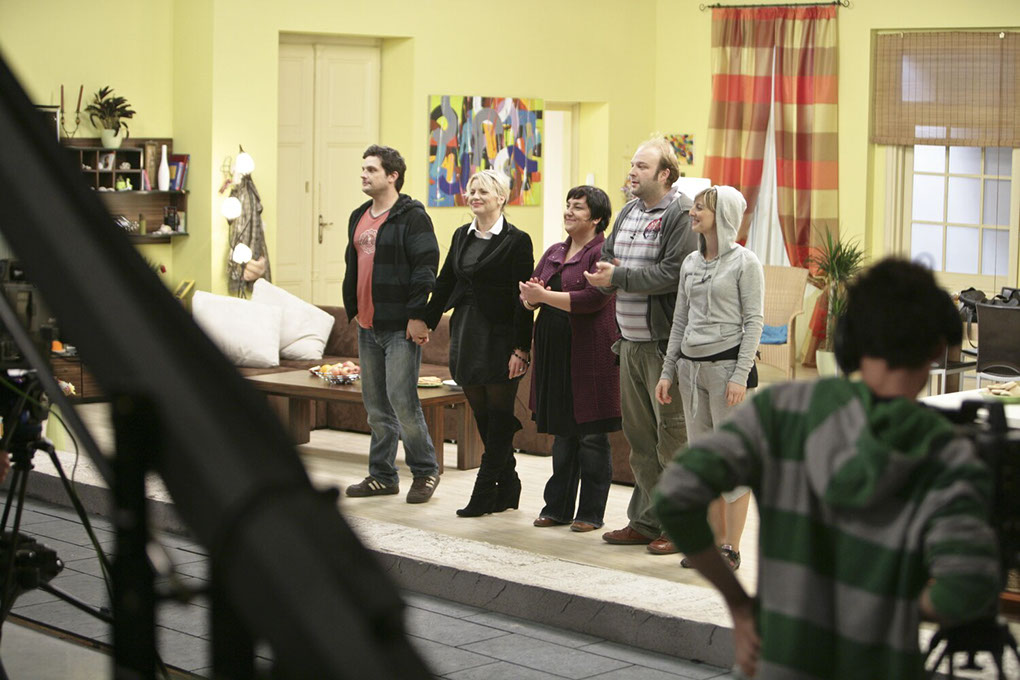 “My Three Walls” is a comedy show combining television and theatrical elements. Its main feature is the absence of a script. At the beginning of each show, the actors are left to improvise after having received a brief description of what is about to happen during the episode. The actors improvise the plot with the help of the game master/dramatist, receiving their individual directions through their earpieces.

The show is recorded before a live audience that can follow the instructions given to the actors on a large screen mounted above the stage.  “My Three Walls” has been developed from the original German TV comedy “Schillerstrasse”, and was aired on Croatian RTL in 2009.