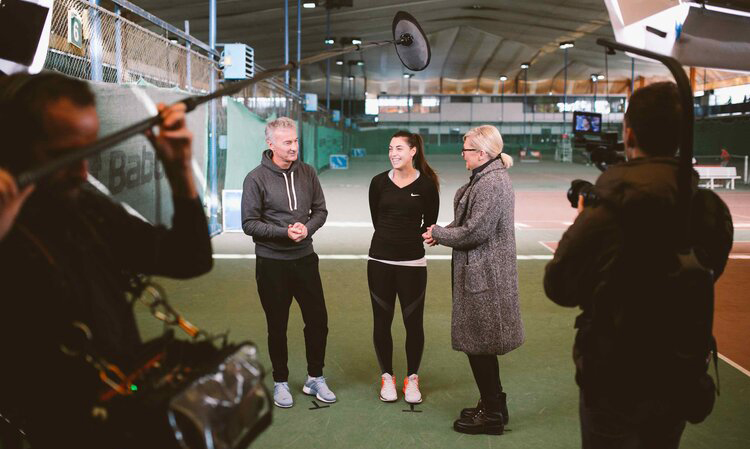 ”2:1 Away match” is an entertainment sports talk show produced by Castor Multimedia for Croatian National Television's primary network ”HRT 1” in season 2016/17. The host and the author of the concept Željka Ogresta visited 20 of the best Croatian athletes and did 30 minute specials with each one of them.  The prominent athletes were accompanied by their friends and family members in their domestic environment, which was the opportunity for the audience to see them more relaxed and without the stress they usually are under. Željka Ogresta always did some funny parts in each show, especially when she would try the discipline of the guest.